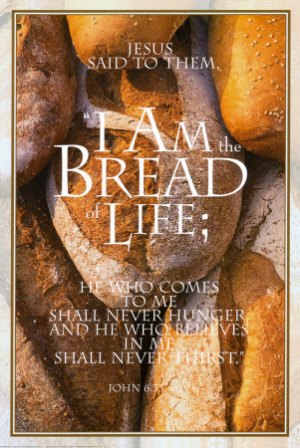 On January 25, 2011, Dr. Cornel West posted the following status on his Facebook page:

I don’t care too much for the term “at-risk” when it comes to our precious children. I’m “at-risk” if that’s the case. Anyone who suffers from spiritual malnutrition with moral constipation inherit in it…they are really “at risk.” Those young educated gangsters in “The Social Network” are “at risk” – consumed by hubris, arrogance & greed, missing out on love & life.

Now, I have not seen The Social Network movie, so I do not know if the characters in this movie made it clear about their standing in God. Likewise, I also cannot say with any amount of certainty whether or not Dr. West’s status is a comment on how much “at risk,” spiritually speaking, the real-life people that The Social Network characters represent actually are. My take on Dr. West’s “at risk” definition, however, is that most of today’s ambitious success-driven individuals are unsaved individuals. This is the point of my response to Dr. West’s status.

The following paragraphs, with a few minor changes, are what I also posted on January 25, 2011:

For me, SPIRITUALLY MALNOURISHED “AT-RISK” PERSONS are “at risk” primarily because they reject Christ. In fact, Jesus says that the person who “…does not believe (cleave to, rely on, trust in Him) is judged already […has already been convicted and has already received his/her sentence] because he [or she] has not believed in and trusted in the name of the only begotten Son of God. [He/she is condemned for refusing to let his/her trust rest in Christ’s name.]: ~ John 3:18b, AMP (with some inserted feminine pronouns).

Consequently, because individuals have rejected not only Christ but also the major source of their strength, which is the Word of God (the Bread of Life), they are “at risk” to remain spiritually dead (spiritually separated from God). Spiritual separation will ensure that unsaved individuals will be spiritually malnourished, for they only can eat food that nourishes their body. They will not be able to eat the Bread of Life, which nourishes their spirit and their soul. For this reason, Jesus declares that humans cannot live off of ONLY earthly bread, but that people also must feed on God’s Word (cf. Matthew 4:4; see also Deuteronomy 8:3b). Jesus also declares that He is the “true manna” – the Bread of Life that comes from Heaven and gives the world a spiritually and an eternally free life (cf. John 6:33), a supernatural existence that far exceeds their physical existence.

Then too, for me, MORALLY CONSTIPATED “AT-RISK” PERSONS are “at risk” because their spiritual taste buds have been perverted by all that is in this world – “…the lust of the flesh, the lust of the eyes, and the pride of life…” (1 John 2:16). The end result is that they have become what they do eat . . . in other words, as Dr. West says, they are “consumed by hubris, arrogance & greed.”

Thus, these individuals’ love for the “things” of this world often makes them morally constipated—often makes them “at risk” to fail to do the good deeds for others that they know they should do. Indeed, the Bible says this knowing how to do right by others yet not being willing to do it (this moral constipation) is sin to the knowers who won’t do the right thing (cf. James 4:17). Moreover, both the fact that these morally constipated people also worship the new god of this world – SUCCESS – and the fact that their willingness to do whatever it takes to obtain that success are what keeps them from being able to relieve themselves of that which they are so full of – that which keeps them from doing right by others. In short, what they are full of is their selfishness, which is demonstrated by their “me, me, me” attitude!

My prayer is that those of us who are saved will make a real effort to do the work of evangelism—to come together as one Body in Christ—so that we can reach all of this world’s unsaved people and lead as many of them who are willing to Jesus the Christ. Our Lord, who is the Master teacher, says Father God does not wish for anyone to perish, and this Divine Truth is why we must reach out to those individuals who are “at risk” to remain spiritually malnourished and “at risk” to be morally constipated. AMEN.

1 thought on “My Response to Dr. Cornel West’s “At Risk” Definition”