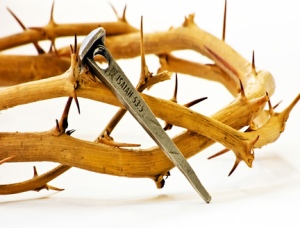 “But he was pierced for our transgressions, he was crushed for our iniquities; the punishment that brought us peace was on him, and by his wounds we are healed.”

For [although] they hold a form of piety (true religion), they deny and reject and are strangers to the power of it [their conduct belies the genuineness of their profession]. Avoid [all] such people [turn away from them]. …They have depraved and distorted minds, and are reprobate and counterfeit and to be rejected as far as the faith is concerned. ~ 2 Timothy 3:5, 8b, AMP

Just like “a little learning is a dangerous thing” (Alexander Pope), so is a little TRUTH! Not everyone on the Internet can be cited as a godly spiritual, knowledgeable and trustworthy source. For sure, both a small amount of knowledge and a small amount of TRUTH can mislead people into thinking that the people who spoke it, blogged it, or published it in major publications are more expert than they really are!

Such is the case with so many of the Facebook statuses and Twitter tweets by so-called Christian people who not only believe but also repeat the same pure hatred and loony-tune conspiracy theories that are expressed by popular bloggers, well-known Hollywood celebrities and church pastors, right-wing extremists, and every other person who is trying to make a name for him or herself. Indeed, the Internet is saturated with people who claim to be Christians who know the truth, but they usually are just misinformed, power hungry, fame and fortune seekers who have mixed a little knowledge and a little truth with their own personal biases. As a result, their stinking thinking has impregnated their thought-life, producing bigoted bullies and spiritless cowards whose ONLY reply to any criticism about their behaviors is that they have a right to free speech.

Let there be no doubt about it, Jesus is NOT represented by any so-called Christians whose warped thinking has become pure hatred. For example, all that the ugly, disrespectful and ungodly comments, either made or shared about President Obama and, by extension the Office of the President, have done is to serve as fuel for (to stimulate the unpredictable behaviors of) this world’s mentally imbalanced individuals. Certainly, something is very wrong in a person if he could think that it is okay to ask in public: Who is going to shoot Obama? The sad truth is that there are many who have asked themselves this same question, but they are not so crazy as to ask it in public!

The enormous capacity for doing evil deeds and speaking hateful words is the abhorrent way of life that the so-called Christians mentioned in this article follow. In the name of the God they claim to worship, these so-called Christians have taken a little knowledge and a little truth and created their own perception of reality that absolutely vehemently opposes the reality of the Cross. Since the Cross of Jesus the Christ is the sign of His victory over sin and evil, and the sign of God’s unconditional love for all human beings, then there is NOTHING more dangerous than anyone who, or anything that, opposes this reality.