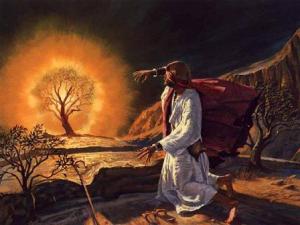 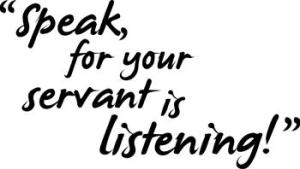 In the Holy Bible, when God called a person or a city’s name twice, each occasion immediately was elevated to one of great biblical importance to that person and that city involved. For example, in the Old Testament, when Abraham was about to sacrifice his son Isaac, God called out to him, “Abraham! Abraham!” (cf. Genesis 22:11, KJV); when Israel was in old age and moving to Egypt, at the invitation of his lost son, God called Israel’s birth name twice, “Jacob, Jacob” (cf. Genesis 46:2; see also Genesis 35:9-15, KJV); when God spoke to Moses from the burning bush, He called out, “Moses! Moses!” (cf. Exodus 3:4, KJV); and when God called Samuel’s name twice (cf. 1 Samuel 3:10, KJV), it happened after He had called out to him two other times, but Samuel had mistaken God’s voice for that of Eli’s. In each of these instances, especially the last one, most people say that God uses the double salutation because He wants to get that person’s attention.

Perhaps getting someone’s attention is a true reason for these aforesaid double calls, because there is no doubt that after each time God used the double hailing of Abraham, Jacob, Moses, and Samuel’s name, He had something vitally important to say to them. In the case of Abraham, Jacob, Moses, and Samuel, the significance of each double call respectively pertains to Abraham becoming the father of Jacob (Israel) and the father of Faith; to Jacob becoming Israel, which is God’s chosen name for His chosen people, and God’s chosen name for Jacob, which God changed to Israel at Bethel; to Moses becoming the nation of Israel’s deliverer and the giver of the Law; and to Samuel becoming the first in a line of prophets who faithfully would bring God’s Word to His people. For sure, all four of these Old Testament individuals were key people in Israel’s history, and this truth no doubt is why God’s redoubling of their names happened at the key turning points in their lives.

Getting people’s attention because the Lord had something momentous to tell them is also why, in the New Testament, Jesus the Christ’s redoubling of names has biblical significance. In the Sermon on the Mount, the Olivet Discourse, and two other times, when Jesus the Christ was making a crucial point to His disciples and the multitudes, He repeated, “Lord, Lord” (cf. Matthew 7:21-22, 25:11, KJV; Luke 6:46; 13:25, KJV); when Martha was upset with Mary for not helping her prepare the big dinner for Jesus the Christ, who was visiting with them, the Lord called out to her, “Martha, Martha” (cf. Luke 10:41, KJV); when, after the Lord’s Last Supper, the Lord predicted Peter’s denial, He called out to him, “Simon, Simon” (cf. Luke 22:31, KJV); when Jesus the Christ was on the Cross and it was the ninth hour, just moments before the Lord said “it is finished,” He cried out to God, “Eloi, Eloi” (cf. Mark 15:34); when Saul was on his way to Damascus to arrest and put in chains any followers of the Way so that he could bring them back to Jerusalem to stand trial, the Lord called out to him, “Saul, Saul” (cf. Acts 9:4); and when the Lord expressed His intense emotions for Jerusalem, which had become a wicked city, even though God intended for it to be His holy city, Jesus the Christ called out, “Jerusalem, Jerusalem” (cf. Matthew 23:37 and Luke 13:34). In each of these instances, the Lord uses the double salutation in a time and in a situation when it was urgent for Him to say (or teach) something that was critically important.

For sure, through the Lord’s redoubling of names believers learn that the significance of each double call respectively pertains to His Way followers becoming the first of those who would be so sold out for Jesus the Christ that they no longer would give Him lip service with their ‘Lord, Lord’ but would call Him ‘Lord’ because they would be doing the Will of the Father, which began with loving God with all of their heart; to Martha becoming like Mary, who experienced Jesus the Christ’s ultramodern radicalness (His teaching/discipling of a woman who sat at His feet, for in the Lord’s day a Jewish Rabbi only would teach/disciple males); to Peter becoming the firm and solid little “rock” built on the massive ROCK foundation of Jesus the Christ, for the redoubling of Simon’s name was primarily to accentuate the weaker part of his nature—Simon the big fisherman’s wishy-washy nature—rather than to draw attention to the strong, emotional, and bold part of Simon Peter’s nature; to God becoming glorified through His ONLY begotten Son’s completion of Father God’s Will (Jesus the Christ becoming the substitute Lamb whose atoning sacrifice would authorize Him as the ONLY ONE who could pardon the world’s past, present, and future sins); to Saul becoming the greatest Christian missionary of the Gospel, in spite of the fact that he started out as the greatest Jewish persecutor of the Way followers; and to Jerusalem becoming a city that not only would reject God’s messengers but also would slay them, including Jesus the Christ.

All six of the abovementioned key incidents are included in Israel’s history. More important, the three individuals to whom the Lord directly speaks the double calls each play major roles in the history of the Body of Christ, which is why Jesus the Christ’s redoubling of Martha, Simon, and Saul’s names happens at the key turning points in their lives!

As mentioned earlier, when God called a person or a city’s name twice, each occasion immediately was elevated to one of great biblical importance to that person and that city involved. Furthermore, this biblical importance also affects those of us who have come to Christ by Grace through Faith. That’s why we need to be able to answer these questions: Do we truly understand the significance of the double call? Are we listening (paying close attention) to God’s voice, so as to hear Him when He speaks to us? Has He called out to us with a redoubling of our individual names, and if so what does His double call say about our roles as Body of Christ members?

34 thoughts on “It Is Very Meaningful, When God Speaks A Name Twice”