19 Go therefore and make disciples of all nations, immersing them in the name of the Father and the Son and the Ruach ha-Kodesh, 20 teaching them to observe all I have commanded you. And remember! I am with you always, even to the end of the age.” ~ Matthew 28:19-20, TLV

15 He told them, “Go into all the world and proclaim the Good News to every creature. 16 He who believes and is immersed shall be saved, but he who does not believe shall be condemned. ~ Mark 16:15-16, TLV

Yeshua never told His Disciples to use a sinner’s prayer to lead people to Him because He knew that only the preached unadulterated Word – the Good News – has the power to lead lost souls to Him. Everything He knew about the Gospel was why Yeshua commanded His Followers to preach it to every creature. This Gospel was, and still is, the Good News about Yeshua – the One who came into the world to save this world from the death penalty.

Moreover, there is an uncomfortable truth, which is that there are far too many Christians who have used their churches’ versions of the sinner’s prayer primarily so that their pastors could keep track of the number of sinners their church members have led to Yeshua. Missionaries have been asked: How many lost souls repeated the sinner’s prayer with you? This practice also is neither biblical nor factual.

What is biblical is Yeshua’s Followers helping lost souls to be saved by grace through faith by preaching the Word to them. Another uncomfortable truth is that neither spiritual rebirth nor eternal salvation can take place without someone first planting the seed. That is why having faith in the One who came to save lost souls can only come after they have heard the preached Word and received the planted Word seed. That is why Yeshua teaches yet another uncomfortable truth via parables. This uncomfortable truth is that the Word is to the Kingdom of YeHoVaH what a natural seed is to a harvest.

Yeshua will have His Harvests of souls because His Word seed was planted via the preaching of the Gospel. This Word seed will produce YeHoVaH’s kind of Faith, His kind of Grace, and His Ruach (Spirit) in them. Faith, Grace, and the Ruach – when accepted – will move lost souls to repent their sins so that they can confess YeHoVaH anointed Yeshua to be the one and only Savior of this world. Only then can the gifts of regeneration and salvation be received.

The last uncomfortable truth mentioned here is that without repentance, there is no forgiveness of sin. That is why the Power of YeHoVaH’s Promises is in His Word seed, and those Promises include His Forgiveness, Regeneration, Salvation, Justification, Sanctification, Glorification, and Eternal Life spiritual gifts.

In summary, when we do what we are commanded to do, which is to preach the Gospel, YeHoVaH, His Grace (Yeshua), and His Ruach (Spirit) will take it from there. If we don’t follow the proper salvation process, we will be guilty of deceiving ourselves into thinking WE led people to Yeshua via a sinner’s prayer, as well as guilty of deceiving lost souls into believing they will be included in Yeshua’s Harvests of souls. Shalom! 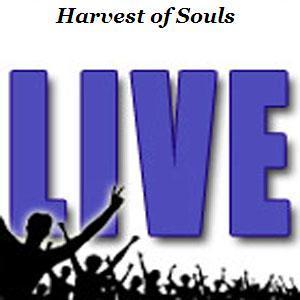 God can use a metaphor better than the most gifted writers. For example, He takes the Old Testament’s annual two grains and one fruit agricultural harvests and develops them into well-defined metaphors that describe the New Testament’s spiritual harvests of souls—those saved believers who enter into the Kingdom of God (see the rich harvest imagery in Matthew 9:36-38; John 4:35-36).

Now, in order to understand His metaphors, the three spiritual harvests of souls, believers first need to understand the significance of God’s three mandated major festivals that He situates within aforesaid agricultural harvests. The three agricultural-related mandated feasts that all Jewish men who, more than likely, are 20 years of age and older, had to attend are the Passover Feast, the Feast of Pentecost, and the Feast of Tabernacles (cf. Exodus 23:14-17; Deuteronomy 16:16). Moreover, the two different grain harvests and the one fruit harvest that are compared to three spiritual harvests of souls are the Barley Harvest, Wheat Harvest, and Grapes Harvest—these harvest metaphors depict God’s harvest times as a time of opportunity in the here and now, and a time of  final judgment.

It is important to note here that every crop of grain and fruit will have firstfruits (the grain and fruit of every crop that ripens early), and every crop of grain and fruit will experience a time of separation. When the crop is ripe, it is harvested by separating the chaff or the refuse. Thus, mature barley goes through a time of separation or winnowing. Using a wooden fork or “fan,” winnowers throw the gathered barley against the wind so that the wind can separate the chaff (husk) from the grain. On the other hand, mature wheat goes through a time of separation or crushing/threshing. Using a tribulum, a wooden board with holes in it, or using a wooden sled, both of which oxen often pull, threshers stand or sit on the board or sled as it is drawn over the grain that is laying on the threshing floor, causing the grain to be separated from the husk (chaff) and straw.

Because barley and wheat still will have certain amounts of chaff, little stones, and/or some tares mixed in them, these grains must go through an additional time of separation or sifting (sieving). The sifters sit on the floor and shake the sieve, which contains the grain, until the chaff begins to appear on the top. Then the sifters blow away the chaff by using the power from their breath. Shifting, thus, is necessary before the grain can be ground into meal.

Lastly, the mature grapes also go through a time of separation or crushing (treading). Using a winepress, treaders crush the grapes until the grapes’ juice is separated from the grapes’ skins, which results in the pressed juice running into the vats.

Having said that, here, in a nutshell, are the three main spiritual Harvests of Souls:

The Barley Harvest represents the overcomers. These are the saints whose hearts are tender—the repentant on-fire believers, whose body, soul and spirit are without spot or blemish; completely sanctified unleavened lives driven by the Wind of the Holy Spirit. Like Christ Jesus, they too are Firstfruits; they are the Bride of Christ; they are the redeemed, resurrected, never-to-die again, glorified sons and daughters of God, and they are the FIRST PHASE of the spiritual Harvest of Souls who participate in the 1st resurrection. Furthermore, some of them will be the resurrected dead in Christ AND some will be the raptured alive in Christ (see 1 Corinthians 15:51- 54; 1 Thessalonians 4:15-17).

More important, these overcomers have been winnowed, which means they did not need to be harvested by using a “TRIBULUM” (Latin word from which comes the English word, Tribulation). In other words, the Barley Harvest of Souls will NOT have to go through the seven-year TRIBULATION, of which the last 3½ years are going to be the time of great distress and great pressure that this world has never seen before, and will never see again.

The Wheat Harvest represents all the rest of the believers—the left behind hardhearted and/or carnal believers who were not ready when the Bride of Christ was raptured. These believers must endure the seven-year Tribulation, and for them the Great Tribulation (the last 3½ years) is a judgment that can be compared to the most severe action of Wheat threshing that is done in order to make the Wheat easier to separate (easier to winnow) away from the chaff. The Wheat Harvest, thus, represents those believers who are asleep, in the spiritual sense (see Matthew 13:25). Furthermore, the Firstfruits of this Wheat Harvest will be the martyred (beheaded) saints who are the SECOND PHASE of the spiritual Harvest of Souls who participate in the 1st resurrection, and the remaining mature Wheat will be those surviving Tribulation saints—the left-behind believers who have been thoroughly purged; see Revelation 7:13-14).

Also mixed in with this left-behind Harvest of Wheat are many left behind evangelized unbelievers (Jews and Gentiles) who, during the seven-year Tribulation, finally will accept Jesus the Christ as their personal Savior! Together with the surviving Tribulation’s left-behind believers, these Tribulation converts will be those Tribulation survivors biblically described as “…a great multitude, which no man could number…” (Revelation 7:9).

The Grapes Harvest represents the unbelievers who, for the most part, will be part of the massive crop of unbelievers who are in the 2nd resurrection—those centuries of unbelievers who will be judged according to their works (see Revelation 20:11-13). Moreover, many of these Grapes are Tribulation unbelievers who have heard the Gospel but made a choice to not make the Gospel a part of their lives—they chose not to accept Jesus the Christ as their Lord and personal Savior. These Grapes, thus, are the Tribulation’s unspiritual Harvest of Souls who have been thrown in the great winepress of God’s wrath, which thoroughly extracts juice (life) from “crushed” Grapes  (see Revelation 14:19). Put differently, the Grapes and their seeds are UTTERLY and TOTALLY CRUSHED!

In contrast, the Firstfruits of the Grapes Harvest are the 144,000 last days’ redeemed unmarried translated/raptured Messianic Jews (see Revelation 14:3-4). These blameless, undefiled, and faithful followers of Jesus the Christ are the THIRD PHASE of the spiritual Harvest of Souls who participate in the 1st resurrection, because just like the alive Bride of Christ these 144,000 saints will be raptured (redeemed or resurrected; raised up) alive!

Are you breathing? Then a word to the wise should be sufficient!!!

For detailed information, please read my blog entries: The Three Most Important Crops of Israel’s Seven Major Crops, and Jewish Menorah Mirrors 7 Feasts: Reflections Made On 2011’s Feast of Trumpets