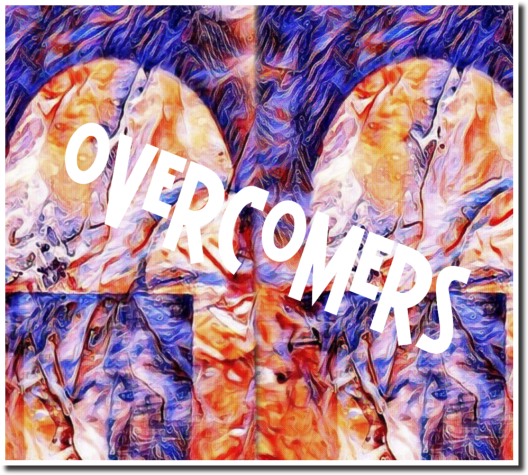 …I saw the holy city, new Jerusalem, coming down out of heaven from God, made ready as a bride adorned for her husband. And I heard a loud voice from the throne, saying, ‘Behold, the tabernacle of God is among men, and He will dwell among them, and they shall be His people, and God Himself will be among them, and He will wipe away every tear from their eyes; and there will no longer be any death; there will no longer be any mourning, or crying, or pain; the first things have passed away.’ ~ Revelation 21:2-4, NASB

In the above verses, the apostle John describes overcomers’ heavenly state of existence that is achieved only by Christ’s true Bride, who figuratively (metaphorically) is depicted as the New Jerusalem. However, what too many believers fail to understand is that Christ’s Bride is both the New Jerusalem—the place where She will live—and Christ’s adorned Wife who is without spot or blemish.

Biblically speaking, very often a people and a place are presented as interchangeable. When we consider everything the Word of God says about Christ’s Bride, it becomes obvious that who and what the Holy Spirit inspired apostle John to describe in the above verses is the collective Bride of Christ who is the New Jerusalem, as well as the saints who emanate the eternal features of The Father’s glorious and holy heavenly city. In other words, Christ’s Bride is a sacred place and a sacred people.

Because the whole Word of God depicts the Bride of Christ as both a place and a people, it is time for all believers in Christ not only to comprehend but also to accept the following truths that rarely are taught or preached in modern-day churches. These untaught and unpreached truths, which by no means are all-inclusive, are as follows:

ONLY overcomers are saved AND sanctified reborn believers who conquer the flesh, the world’s systems, and Satan (see 1 John 2:15-17 and 1 John 4:1-4 [present world-system], Romans 7:15-25 and Ephesians 2:1-3 [desires of the flesh], 1 Peter 5:8 and James 4:7-10  [Satan]). Put differently, only true believers in Christ—in whom the Holy Spirit lives, fills (baptizes), and is sanctifying—will be the successful overcomers spoken about in the Word of God. The reason this entire statement is true is because all believers in Christ are promised eternal life BUT believing is more than giving intellectual assent to His Existence or His Redemptive Work. Believing also means Christ’s Ekklesia (His One Body of Believers or One Community of Faith Believers) is His collective Bride who uses everything He gave to Her to help Her become His saintly Overcomers. That is why the Word of God describes Christ’s saintly Overcomers as follows:

Put differently, ordinary believers—people who are saved, reborn, and justified but who have not, with the help of the Holy Spirit’s progressive sanctification process, conquered the flesh, the world’s systems, and Satan (which are overcomers’ righteous deeds that please Christ)—will not become Christ’s saintly Bride who is adorned for Him (The Bridegroom).  Instead, they will be the end-time Tribulation’s surviving Wheat who do not receive glorified bodies.

As the end-time Tribulation’s surviving Wheat, these ordinary believers will not be Christ’s saintly Overcomers who are able to eat the fruit from The Tree of Life. They also will never wear white garments, never receive any manna, never receive their individual white stone upon which each overcomer’s new name is written, never sit with Christ in His Throne, never reign with Christ, never have their names confessed before Father God and His angels, never become pillars, never inherit an uncorrupted everlasting world, and never will always be in Father God’s Presence.