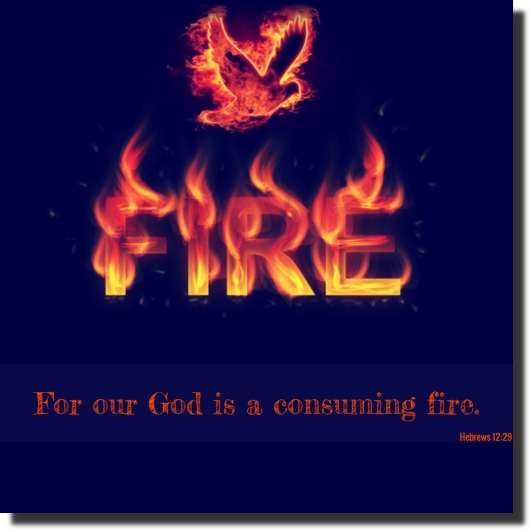 Now if any man builds on the foundation with gold, silver, precious stones, wood, hay, straw, each man’s work will become evident; for the day will show it because it is to be revealed with fire, and the fire itself will test the quality of each man’s work. If any man’s work which he has built on it remains, he will receive a reward. If any man’s work is burned up, he will suffer loss; but he himself will be saved, yet so as through fire. ~ 1 Corinthians 3:12-15, NASB

See to it that you do not refuse Him who is speaking. For if those did not escape when they refused him who warned them on earth, much less will we escape who turn away from Him who warns from heaven. And His voice shook the earth then, but now He has promised, saying, “Yet once more I will shake not only the earth, but also the heaven.” This expression, “Yet once more,” denotes the removing of those things which can be shaken, as of created things, so that those things which cannot be shaken may remain. Therefore, since we receive a kingdom which cannot be shaken, let us show gratitude, by which we may offer to God an acceptable service with reverence and awe; for our God is a consuming fire. ~ Hebrews 12:25-29, NASB

Badly adding on to